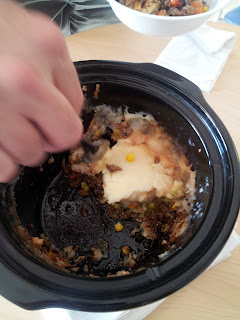 Shepherd's Pie is one of the greatest comfort foods of all time. The fact that it can be assembled from on-hand staples and be prepared in the crockpot make this a real winter keeper. It is as crowd-pleasing as it is simple, and if you have a group heading out to shovel snow, construct a snow fort, or wage snow-war, this dish goes far to replenish bodies and souls. Serve with crusty bread and a large glass of milk.

Since this recipe is constructed more than it is cooked, it's a simple matter to make more or less depending on how many people are served. Have a crowd? Put it in a (much) larger crockpot and have twice the amount of ingredients on hand. Just serving yourself? Grab the two-quart vessel and go from there. If you want to put it into the oven instead of the slow-cooker, that's certainly acceptable: layer as directed in an oven-safe baking dish and cook at 350° until warmed through. The beauty is that since the elements of the recipe are all cooked beforehand, the "cooking" part of this is really more a "warming and marrying" event.

Recipe: Saute the onion, garlic and pepper in oil until onions are transparent. Add any spices you feel like, including a dash of red wine or beef broth, to make a stock. This can be made in advance and stored in the refrigerator or freezer until needed.

Put the stock in the crockpot, followed by the beef, and stir the two together. Add the vegetables and stir again. Layer the cheese over the beef mix, and layer the potatoes over the cheese. Cook on high for 4 hours, with the lid vented for the last hour to get the potatoes crispier.

The paleo version of this recipe has the added benefit of being much higher in nutrition and much lower in carbohydrates. You're welcome.

My coworkers and I made this a community event: each of us brought an ingredient, plugged in the crockpot in the work-kitchen and let it marinate while we went about the tasks of the day. Four hours later, we reconvened and enjoyed the results. Hearty, warm and warming, it served the five of us quite nicely. In theory, this serves six, but I swear I have never, ever seen leftover Shepherd's Pie. I'll keep trying. I'm pretty certain the coworkers won't mind at all.

By having a group put this together, it was interesting: I usually use cheddar cheese, but our crew brought pepper jack, which kept things quite lively. The vegetables were frozen peas, frozen corn and fresh diced carrots. Anything would do, though I would probably steer clear of beets and rutabagas (though if you have to eat them, this might be the ultimate method). Our experimental efforts were met by the following real quotes: 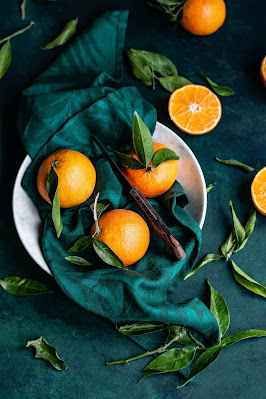